Protecting your right to exercise your conscience

All too often, people who raise questions about things at work that do not seem legal are fired instead of thanked. I have been fighting hard for over 30 years for employees who were retaliated against for raising questions about seemingly unlawful conduct. 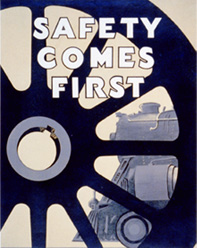 A WPA poster by Allan Nase, 1936 or 1937, encouraging working people to demand a safe workplace

The legal basis for whistleblower protections

Whistleblower protection comes from federal and state law, as well as common law developed from various court decisions. Specific sources of protection include:

I have a thorough knowledge of the law, and work effectively to assert your rights.

How to know if you have a whistleblower violation case

Here are some situations where an employee may have a strong legal claim for retaliation for whistleblowing:

People who speak up when they see something at work that does not seem right should be praised, not mistreated. Unfortunately, that is not always what happens. Whistleblowers are often subjected to harassment and wrongful termination, but the law is behind you, and I can help you fight for your rights.

Contact a dedicated Oakland employment lawyer about your whistleblower claim

If you think you may have a good legal claim for unlawful retaliation for your whistleblower activity, you need someone on your side. Call 415-391-0111 or e-mail me today.

PRACTICAL TIPS FOR EMPLOYEES IN CALIFORNIA

To get directions to this location, click "Directions" or "View larger map" on the map below (Google Maps will open in a new window).